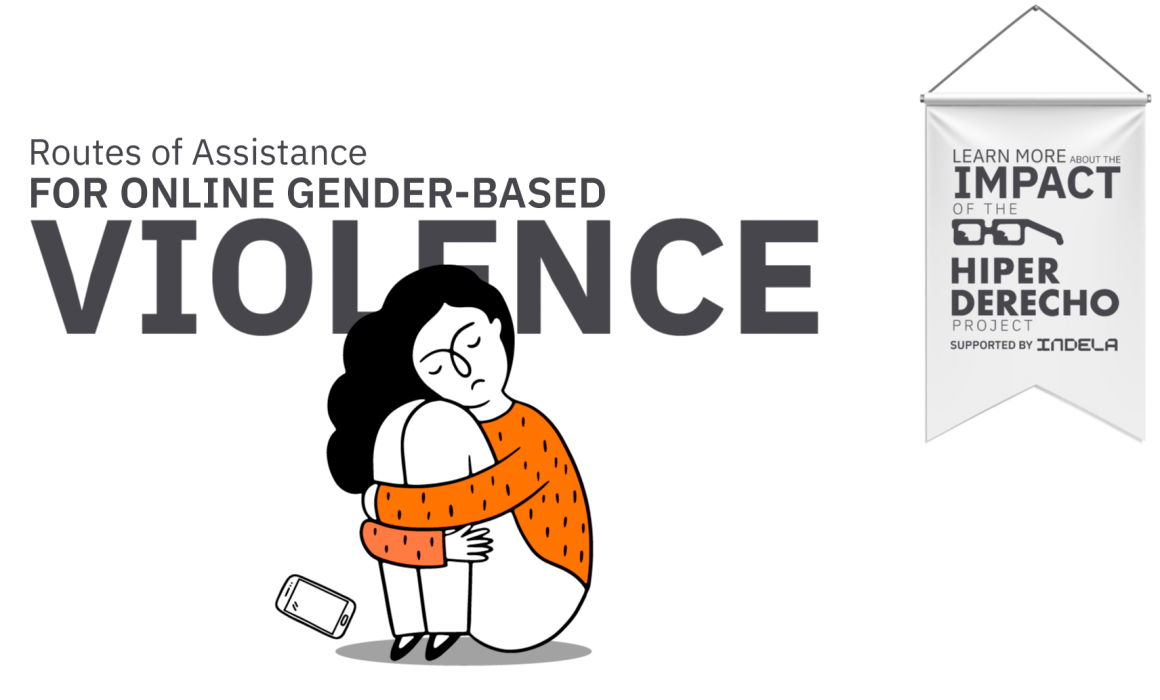 Routes of Assistance for Online Gender-Based Violence, After the Law

By Hiperderecho Since 2018, four types of online gender-based violence (OGBV) have been recognized as crimes in Peru under Legislative Decree 1410, including sexual harassment and the distribution of private images without consent. In this context, we set out to determine the available and suitable routes of assistance in the country’s justice system to deal with cases of OGBV and the conditions necessary for complaints to advance through these routes. In addition, we called on five people who, with great generosity and courage, allowed us to follow them through their reporting process and, along with them, discover what happens when a person seeks to report OGBV in Peru.

A year after implementing the project, we discovered that the process of seeking justice for cases of OGBV is not a straight line. Instead, it is a challenging, exhausting, and diverse process in which, despite the laws, routes usually lack transparency and justice is different for each person. Understanding this, we went beyond identifying the applicable regulations and focused on listening and acknowledging the stories of struggle, the perspectives, and the needs of those experiencing this violence. We discovered that women and LGBTQ people who have experienced OGBV face a series of gender, information, socioeconomic, racial, and digital barriers that prevent them from having equal access to an effective complaint process and justice[1].

One of the first achievements of the project was bringing to light the reality of little access to justice. We carried out social network campaigns with strategies like the Mass Tweet using #IReportedOGBV, which trended in Peru thanks to the participation of feminist organizations, young students and people who have experienced OGBV in the country and the region. Through these dialogs, we confirmed that the impunity around all forms of gender-based violence, including online, still exists. Today, we know that OGBV is still normalized, that the justice system delays and fails to respond to the new challenges it presents, and that it is sisterhood and feminist support that acts as the pillar keeping us afloat. We are excited that the strategies being co-created in digital feminist spaces seek precisely to recognize OGBV as real violence and to take care of women and LGBTQ people who face a series of prejudices and obstacles when reporting their cases.

A second achievement was proposing and sharing methodologies to investigate OGBV from a feminist viewpoint and performing a critical analysis that lets us propose specific changes. We have put forth feminist legal methodology as a political and research tool to identify violence, negligence or missing components in the justice system that disproportionately affect women and LGBTQ people experiencing OGBV. This methodology also allows us to mainstream a gender-based approach in understanding the Law and the justice system in which the complaints are handled. By making this proposal visible, we also generated new partnerships with regional organizations, state operators, activist networks and attorney groups; that is, we are starting to collectively build a gender justice model to address cases of online violence that puts the needs of those who experience digital violence above the barriers and prejudices that exist in the justice systems of the country and the region.

Our third achievement was developing a support strategy for investigators and for people who have experienced cases of OGBV, which we call “strategic support.” Through this type of support, we provide legal advice, support in digital security and psycho-legal support to cope with the emotional burden of the complaint. In addition, we advocate for the co-creation of safe spaces for those who face violence to share doubts, feelings, desires, and expectations. As an organization today, we are backing and promoting this proposal as a practical and fundamental strategy in the search for gender justice. To do so, we have developed three practical informational workshops directed at attorneys, social workers, support persons and activists, at which we share all the logistical and emotional resources we use to provide empathetic support and discuss the challenges of providing this support. In addition, we have produced a collaborative self-care guide[2], from the stories of the people who participated in one of the workshops, to create more holistic recommendations from and for people who provide support.

Finally, we highlight a fourth achievement that sometimes goes unnoticed: we managed to bring ourselves together as a research and support team. At the beginning of the project, we did not anticipate or prepare ourselves for the emotional exhaustion of practices such as reading about violence on a daily basis, organizing testimonies discussing the cases, providing support during and outside of working hours, and generating bonds of trust in the team. These were all very emotional processes that changed us as a team and as an organization. Along the way, we questioned ourselves, we got overwhelmed and we hugged each other. Therefore, we also used project resources to receive group psychological support[3], receive holistic healing therapy and, above all, to document what we learned[4]. By sharing this experience with our colleagues in the region, we discovered that we were not the only team that had felt this way, and we reaffirmed that the resources we have must be used to take care of ourselves as well. Only then will be we able take care of others.

Our next step in the “After the Law: Seeking Gender-Sensitive Justice for Women and LGBTIQ+ People Facing Gender-Based Violence Online” project, supported by Indela and the Tinker Foundation, is to keep working from a feminist viewpoint to learn, collaborate and develop proposals, not alone but collectively, that bring us increasingly closer to gender justice for cases of OGBV. Our plan is to continue advocating for effective application of the rules, but also the urgent need to promote awareness, empathy, collective care and support for those who report OGBV. Only this way will we identify the best routes to take care of ourselves and to take care of those who decide to carry out the arduous but courageous process of reporting.