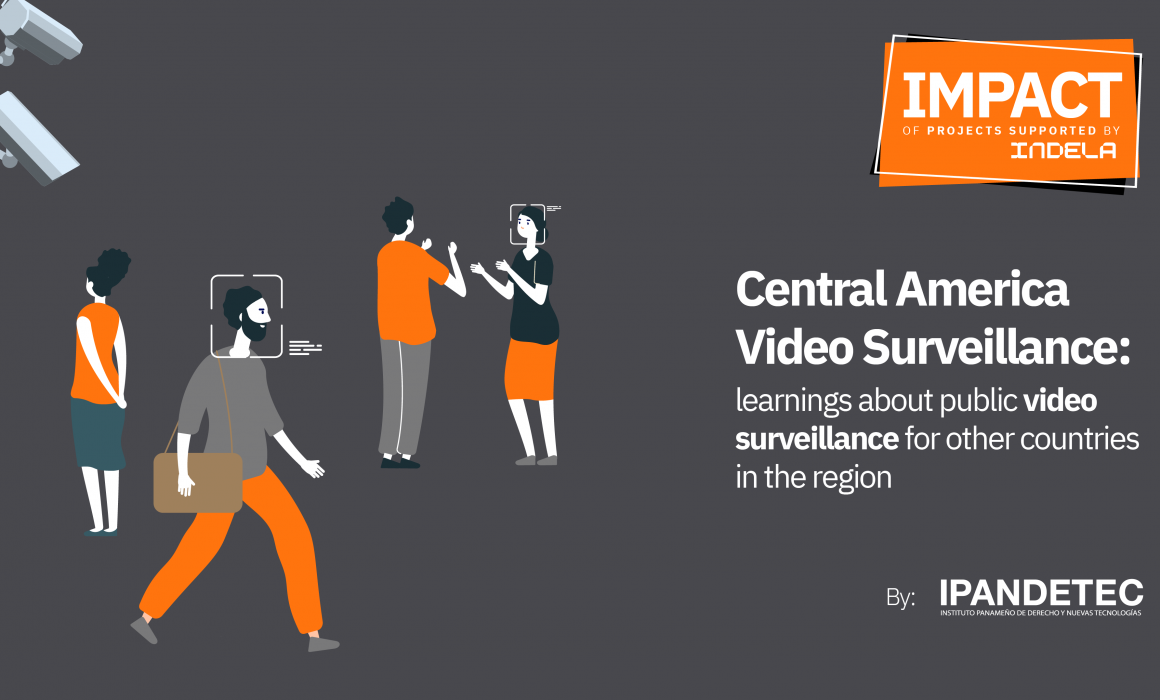 Central America Video Surveillance: learnings about public video surveillance for other countries in the region

“If it’s not for your project, I don’t know”. This was the statement of one of the participants in the Central America Video Surveillance project. For the first time, the region has a project planned and executed by a one hundred percent Central American organization and staff on public video surveillance systems.

The project identified video surveillance technology systems in public spaces in nine cities in Guatemala, Costa Rica and Panama, through information requests to these countries authorities. The information provided by the authorities was verified with government purchasing sites, media outlets, and company registries. This collected information was published through social networks and research files in the project website.

The methodology allowed us to find that only Costa Rica and Panama maintain data protection and image rights laws, while Guatemala does not. None of the countries investigated has regulated public or private video surveillance through national laws, but are managed with internal manuals or mayoral decrees. Within the investigation, it was found the participation in bidding systems from companies internationally denounced for espionage, the little citizen participation in the process, among other details.

The second part of the project was knowing the beneficiaries’ opinion from these public security projects implementation. More than 25 interviews were conducted with leaders from the nine Central American cities where the project was developed. At the same time, neighbors met in focus groups called “Citizen Dialogues” where it was possible to understand their knowledge about the system, their opinion about privacy, and citizen participation by project. Both the interviews and the citizen dialogues were recorded for later transcription, respecting the participants’ privacy.

From this phase, we were able to notice the little knowledge about the video surveillance systems that the inhabitants of the nine cities maintained in general. Derived from the lack of citizen participation and government transparency on this issue, very few people stated having participated in any of the systems in citizen participation mechanisms phases, while another great majority did not know with certainty the entity that administers the system. In terms of privacy we found diverse comments, some from the people interviewed, prefer to sacrifice their right to privacy in exchange for security and community peace, while others expressed concern about the system’s intrusion.

The third part of the project focused on generating spaces for dialogue with authorities and business associations in search of generating conversations and synergies that allow actions for the inhabitants’ human rights benefit.

During the project course, the research team was able to obtain learning to be applied in future project phases and in other investigations.; firstly, the importance of involving the communities and beneficiaries. The information’s wealth from the population, allowed the research team to present the project’s results as well as questioning the authorities based on citizen participation and the inhabitants’ opinion. On the other hand, this citizens’ participation in the study development allowed the project to focus on certain research areas such as citizen participation in the geographical cameras installation or the crime transfer to non-video-monitored places.

On the other hand, the initial unwillingness from the authorities to learn about the project, despite their responsibilities to the public, only demonstrates the disconnection that certain government sectors maintain with those who elected them. This lack of will ends in lack of citizen participation, lack of accountability, opacity, little transparency and rights violation.

To date, meetings have been held with three municipalities, a ministry in charge of security, and three business associations. In these meetings, the need to initiate multisectoral conversations with a human rights approach was emphasized. As a result, one of the institutions was in favor of a future meeting with the legal public institution team and the investigative team to analyze the discussion of a video surveillance regulation while one of the Costa Rica municipalities indicated that they will immediately initiate a reform on their internal manuals with a humanistic approach after the meeting held with the research team.

On the other hand, the public entity in charge of one of the video surveillance systems in Panama expressed the desire to learn more about the subject in future project phases in addition to leaving open the possibility of initiating joint actions for a video surveillance regulation with a human rights approach.

The project, which has been widely publicized through social networks, has seen its main objective fulfilled; has succeeded in educating and raising awareness among target populations about the video surveillance use. However, the expansion of research and awareness to other cities in the countries investigated, or including new countries in Central America, opens up infinity opportunities. This project lays the first stone to build multisectoral actions aimed at discussing new and existing regulations, initiate actions on strategic litigation and legislative influence that protect citizens, openness and greater systems transparency, and even citizen audit mechanisms in them.