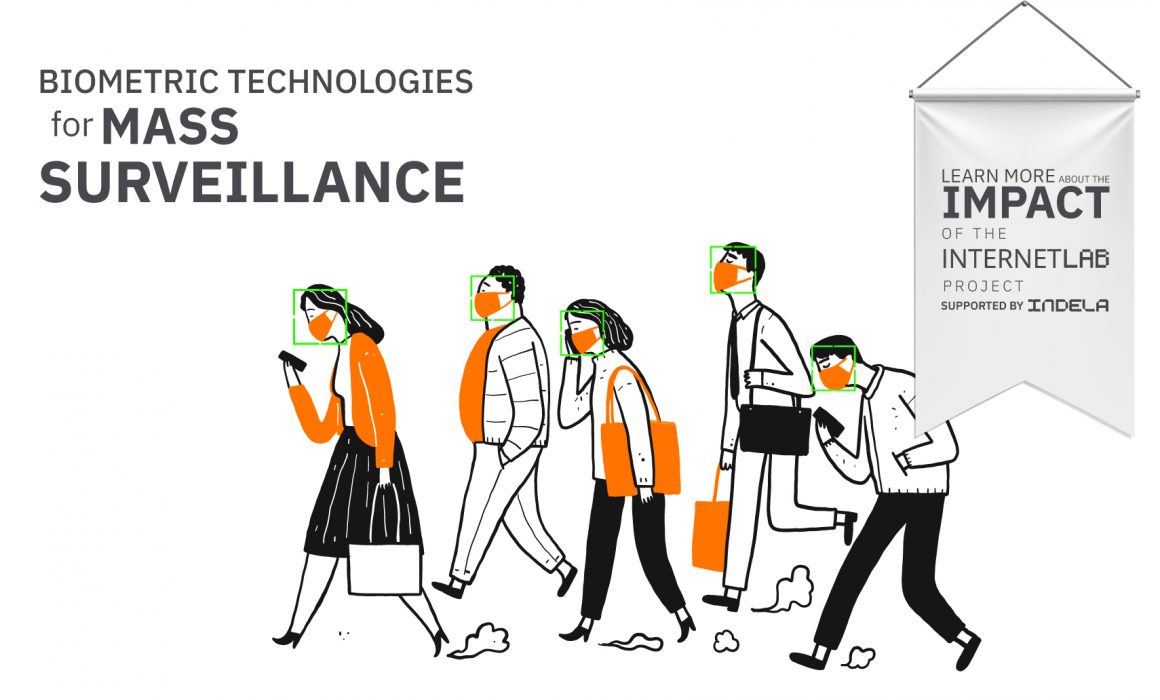 Biometric technologies for mass surveillance; InternetLab’s achievements in the digital rights protection are paving the way forward in Brazil

Public safety has become a central focus in public, electoral and parliamentary debates in recent years. The direction of these debates and the resulting majority, however, is the proposal of increased surveillance, weaker procedural guarantees, and tougher penalties. In recent years, there has been a significant increase in the number of state and municipal governments relying on biometric technologies, with the justification that they are used for criminal investigations. However, the expansion of these technologies has not been properly accompanied by debates on the risks, proportionality and possible negative impacts. It was with the aim of promoting these debates and advocating among the main actors in public safety that we applied for the 2019 Indela open call, with the project Bringing Due Diligence and Human Rights Standards to the Process of Implementing Biometric Technologies for Mass Surveillance in Brazil.

From July 2019 to April 2021, Indela supported InternetLab in the development of this project with the aim of promoting observance of due diligence and human rights standards in mass surveillance practices using biometric technologies in Brazil, especially when used for public safety and national safety purposes.

In August 2019, we formed a group of organizations that work together to discuss and develop strategies to avoid the implementation of facial recognition cameras in the São Paulo Metro, which was announced in July2019. The first step of this strategy was the preparation of discovery proceedings, presented in February 2020. The action sought to require the São Paulo Metro to produce evidence on the scope, purpose, precautions, and limits of the database of the facial recognition electronic monitoring system. Fortunately, the court’s decisions on the case were favorable; the main petitions were accepted, and the Metro had to provide information on the technology implemented.

Today, expansion of the case is being reviewed as this first action focused only on matters of administrative form and due process without branching into the merits of surveillance. By the second half of 2021, the group intends to file another action questioning these points. In this case, InternetLab is offering support by hiring evaluators who will provide technical information on how the technology works and its risks for vulnerable populations, especially when applied on a large scale. The technical opinion will be of key importance for a paradigmatic national case and will benefit future actions with the same characteristics.

We have also started a collaboration project with the Public Defender’s Office, a key institution for the judicial function of the State, responsible for providing legal guidance and defending underprivileged citizens. It plays a strategic role through its judicial action in representing the preferential clientele of the penal system, the citizens most vulnerable to violations of their rights, and is responsible for a significant portion of the actions, appeals and demonstrations in which human rights are debated and defended. However, it faces the challenge of meeting the demand of an enormous contingency of people with limited resources.

InternetLab began a writing project on institutional thesis proposals of the Public Defender’s Office based on the studies it promotes. Institutional theses are models and guidelines available to public defenders, aimed at creating an institutional position and protecting the interests of the institution’s target audience. The objective has been to disseminate the thesis on the right to privacy throughout the justice system. Today, we have two theses: the first focuses on the use of data from electronic devices seized by the police from individuals caught in the act, and the second on the use of geolocation information of persons not identified by criminal investigations.

The project also anticipates the third and fourth editions of the International Congress on Fundamental Rights and Criminal Procedure in the Digital Era. In Congress, we have the support of citizen security and data protection to promote the debate on the intersection between the criminal process and technology, providing guidelines and guarantees applicable to criminal investigations in the digital era. Recent Congresses have addressed topics such as access to geolocation data, cameras and facial recognition, virtual infiltrations, genetic data, surveillance, protection of privacy and international legal cooperation, and confidentiality of communications, among others. The openings of both Congresses launched new volumes of the work Fundamental Rights and Criminal Procedure in the Digital Era: Doctrine and Practice under Debate, which adds articles and conferences related to the topics discussed at the Congress.

Finally, to focus on the growing use of facial recognition technologies, InternetLab, in partnership with Idec – Brazilian Institute of Consumer Protection, developed a guide of recommendations and best practices for the use of this technology by the private sector. The document, published in October 2020, provides an overview of the problems and risks associated with the use of facial recognition technologies. In addition to the basic operating characteristics of these tools and the guarantees present in Brazilian legislation, we present recommendations aimed at guiding the offer of products and services, and preserving the fundamental rights of citizens.

The execution of the project has shown us that there is energy to organize coalitions on biometrics and surveillance with civil society and government organizations. There are spaces to occupy in the intersection between the human rights agenda and criminal justice, as well as between technology and society, and these spaces favor the interaction of areas that reconcile different entities and individuals. Even so, reading the context and current impact of the project also shows that dispute in the legal field can lead to good results, if the rhetoric of this community is used as the basis. The project certainly encouraged InternetLab to create alliances and reflect on how biometric technologies have been used in Brazil, thereby promoting this issue and the need to raise and investigate responses to it within our organization.