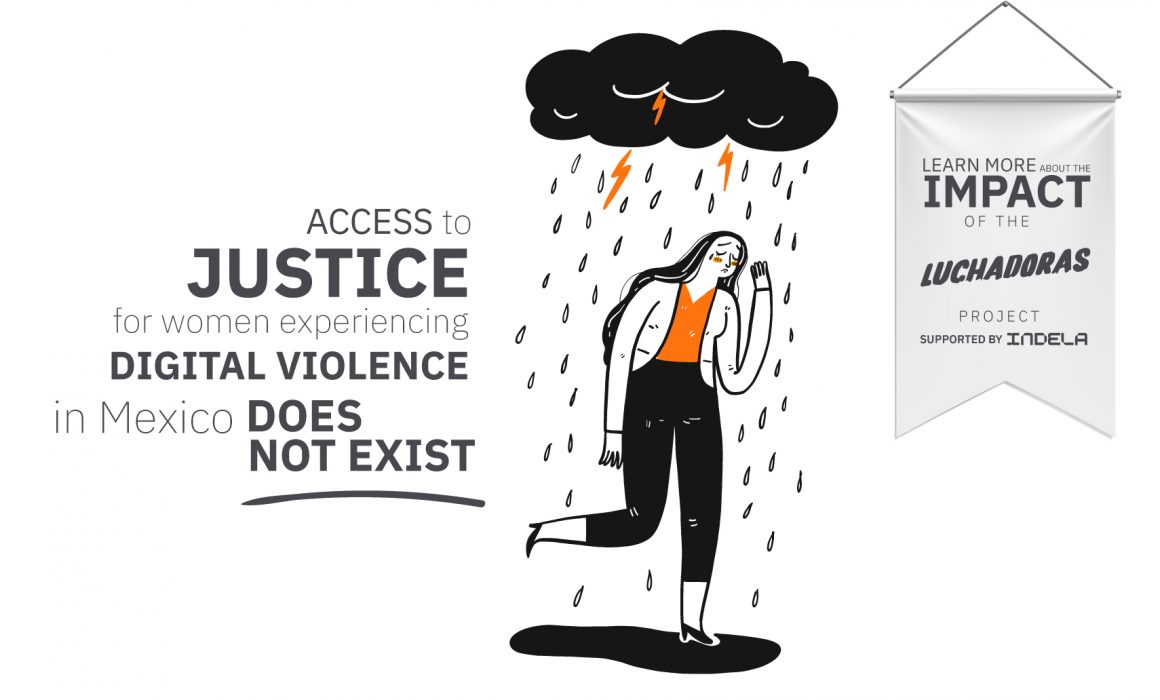 The approval of the “Olimpia Law,” the most visible response promoted by victims’ groups to act against the dissemination of private images without consent, led us at Luchadoras to ask ourselves whether this represented a tangible advancement in the lives of women; these were the lessons we learned.

What’s next for the “Olimpia Law”?

It’s real: Overregulation of the Internet is a threat to the exercise of our freedoms online, a tool that can be used by authoritarians to persecute criticism from organized civil society. However, when talking with women affected by digital violence, we found that criminal reporting is indeed a valid course of action for them. Over 2000 women have reported being victims of digital violence in the last three years.

The crime, which punishes the dissemination of private images without consent, is already a reality throughout the country. At Luchadoras, we believe it is now time to create an ideal standard to harmonize these legal frameworks.

As our investigation shows, the impunity and structural challenges of the justice system in Mexico have prevented the progress of cases of digital violence that have been reported.

During this investigation, conducted jointly with OVIGEM in Puebla, we spoke with women who have experienced digital violence; they confirmed the lack of response and clear information, the mistreatment, and the revictimization by authorities.

We also contemplated the meaning of “access to justice” and discovered other broader concepts with a greater restorative potential than criminal sanction. Putting repair of the damage caused at the center also puts these women at the center.

Women who experience digital violence need to have multiple options for action available besides the criminal route, such as civil, labor, or administrative law. In addition, they need better reporting options on platforms as well as internal mechanisms at institutions such as companies and schools.

Positioning digital violence as a problem on the public agenda has been an arduous task. Today, it is a public issue. The research we have done from civil society and the lobbying for approval of the “Olimipia Law” have contributed to this.

Although the implementation of these reforms is not yet reality, their momentum has a significant social impact: public awareness of this problem. For this, the creation of campaigns and messages that make the issue comprehensible has been key.

Legal language, which is usually complex and often an obstacle for the victims, needs to be made accessible. At Luchadoras, part of our project involved translating the findings of our research into a video with viewer-friendly language.

Being able to name and know how the system works is empowering. Understanding complex problems as local problems that affect us is also another form of justice.

For this investigation, we originally made 219 requests for public information to Public Prosecutors and Judicial Branches in the 24 states of the country where reforms related to digital violence had been approved up to the month of February 2020. Only seven states responded to both authorities: Aguascalientes, Mexico City (CDMX), Chihuahua, Jalisco, Nuevo León, Veracruz and Zacatecas; this allowed us to do a more complete analysis of the pathway for access to justice before both bodies.

Thus, we were able to determine that in the last 3 years, 2,143 investigations were opened for the dissemination of private images without consent in Mexico. And 83% are still pending.

Our investigation “Justice pending” would not have been possible if we did not have a legal framework and tools in Mexico for access to information and transparency.

The legal framework and institutions dedicated to transparency represent a major advancement in the demand for government accountability in our country.